How Can Clear Aligners Help With Overbite? 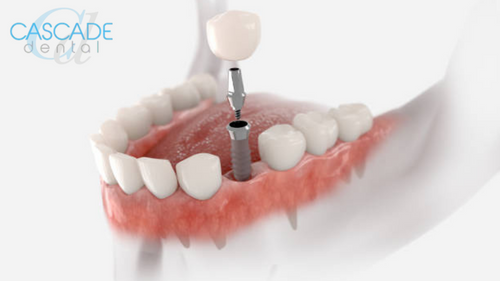 A percentage of people who ask for a Vancouver dentist's assistance are the kind of people who are concerned with an overbite. Overbites are a common orthodontic issue. It is a malocclusion that occurs when the upper incisors excessively overlap the lower teeth when the patient is in occlusion. Many factors can contribute to the problem, and as it becomes increasingly prevalent, many treatments to address it are becoming available.

One of them is clear aligners. There are numerous options for treating this malocclusion, and no single option is superior. Each has advantages and disadvantages, and dentists must carefully weigh them before making a clinical decision. The method for correcting an overbite should be chosen based on several factors, including the patient's needs, the cause of the malocclusion, and the desired treatment outcome.

Extrusion of molars, flaring of anterior teeth, and intrusion of upper and/or lower incisors are the three primary methods for overbite correction (excluding surgery). Any of these treatment options would have typically been carried out using fixed orthodontic appliances (traditional braces). A new option, however, was introduced some time ago: clear aligners.

Since 1997, these aligners have been used in the field of orthodontics, ushering in a new era in orthodontic treatment. Initially, clear aligners were only recommended for patients with mild-to-moderate crowding, however, as this technology was analyzed and developed, dentists began to use it to treat more severe orthodontic issues.

The main advantage of clear aligners is their superior aesthetics and the fact that they are removable. This makes them an appealing and comfortable option for the majority of patients, particularly adults who are hesitant to wear braces. In addition, aligners are unobtrusive, comfortable to wear and allow patients to maintain perfect oral hygiene.

However, when used to correct complex malocclusions, this therapy has a clinical limitation: a lack of predictability and efficiency in specific tooth movements. Molar movements, inevitable intrusions, extrusions in general, and canine rotations are all critical in many orthodontic treatments.

So, How Can Clear Aligners Be Used to Correct an Overbite?

In contrast, patients with deep bites had a median opening of 1.3 mm. All of the improvements were caused by changes in incisor position, as expected, and patients had minimal changes in molars and mandibular plane.

Clear aligners have a positive patient response, so orthodontists and dentists should consider that this therapy has been continuously studied and improved to correct more complicated situations before dismissing it. Clear aligners can quickly treat mild-to-moderate vertical incisor overlap.

However, more complex cases may still necessitate fixed appliances, or at the very least a combination of clear aligners and other more sophisticated orthodontic mechanics to aid the procedure. Patients should consult with their orthodontists or dentists to learn about the best treatment options for their individual needs. That concludes our post on clear aligners and overbite correction.

Cascade Dental has been there for those who need clear aligners in Vancouver, WA, for a long time. As an Invisalign Preferred Provider, we've helped many patients achieve the smile they've always wanted without having to go through surgery. Don't hesitate to get in touch with us today to learn more about how we can help you. Thank you for reading! We hope this post was informative and helpful.